The Magic Lantern and the iPhone

A recent visit to the ancient city of Girona, Spain resulted in an unexpected, amazing experience. After the all-important cafe' cortado in the plaza under the cathedral, I wandered down the hill through the old town, crossed the river on one of the many footbridges and walked into what turned out to be one of the most moving, even emotional experiences of my life. The Museu del Cinema in Girona has the world's foremost collection of the evolution of the technology that led to what we call the cinema - who knew???

I had the museum almost to myself. The experience started beautifully; I was directed into a small theatre where three screens (in triptych) were lighted up with flames against a black background. Off camera narration explained our endless fascination with telling stories visually, from the traditional Wayang shadow plays of Indonesia, to the "Magic Lanterns" of the 1700s-1800s, followed by sequences of still pictures simulating motion, then the first Lumiere Bros and Melies films, Chaplin and Hollywood... then the screen went dark and silent. After a few moments, the beam of a single white spotlight fell on double doors at the side of the theatre, which opened automatically, inviting me into the exhibition - wow!

The Museu's exhibits on three floors go chronologically and it's all about light and shadow, about storytelling and the representation of imaginary worlds. The 12,000 pieces in the collection are the life's work of a single person, an award-winning amateur filmmaker named Tomas Mallol, who spent 30 years assembling this unique and exceptional collection. 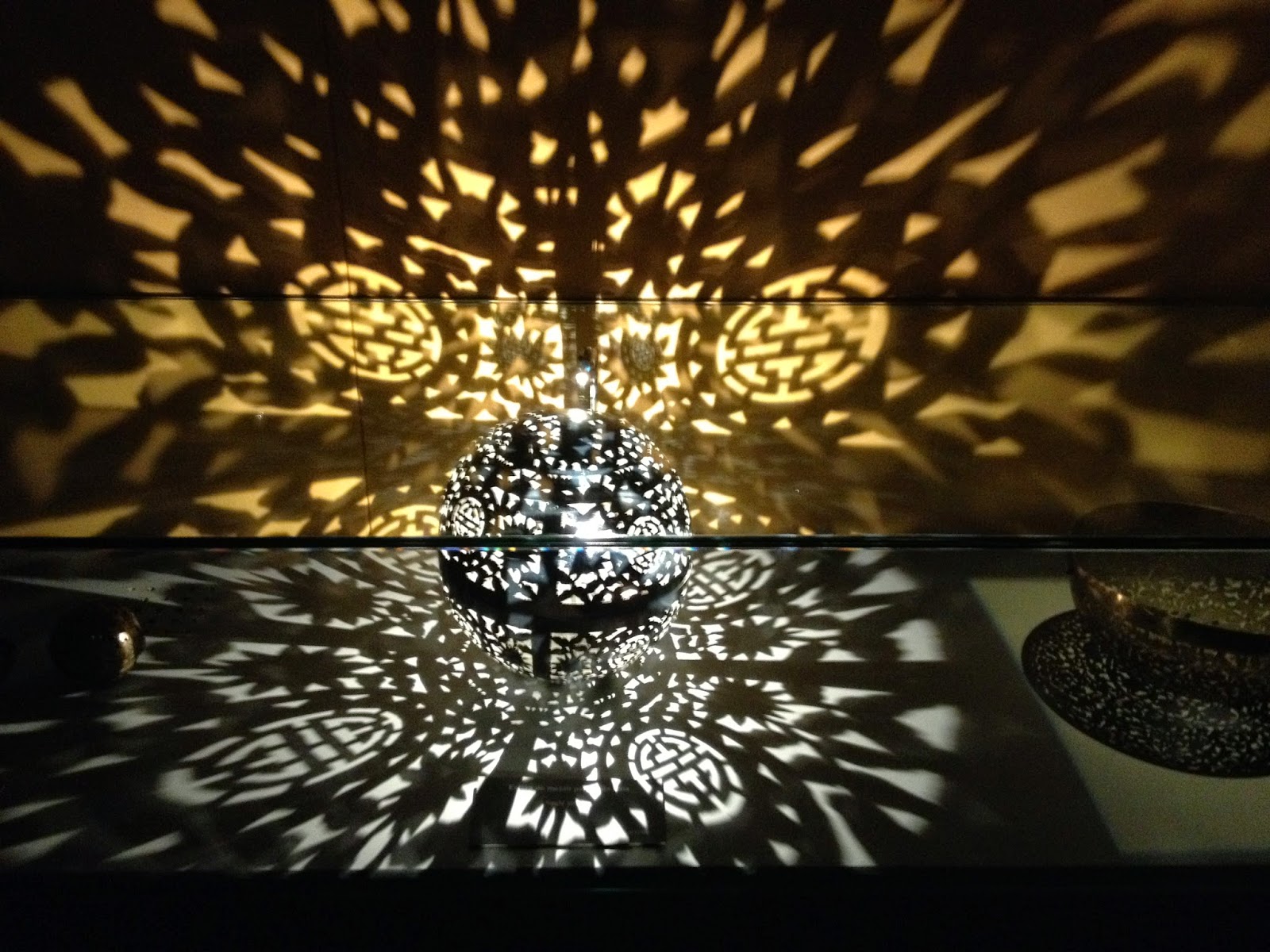 The exhibition starts with ancient Chinese perforated balls lighted from inside and goes through the Renaissance camera obscura, paper silhouettes, phantasmagorias, magic lantern shows and the fantastic slides that showed faraway places and people, followed by the first photographs, the first attempts at moving pictures, finally to early cinema, Hollywood, and amateur moviemaking - television and digital were not represented but were written about in the catalog. At each step of the way small "cinemas" with vintage seating and settings to allow the visitor to experience visual storytelling as past generations did. 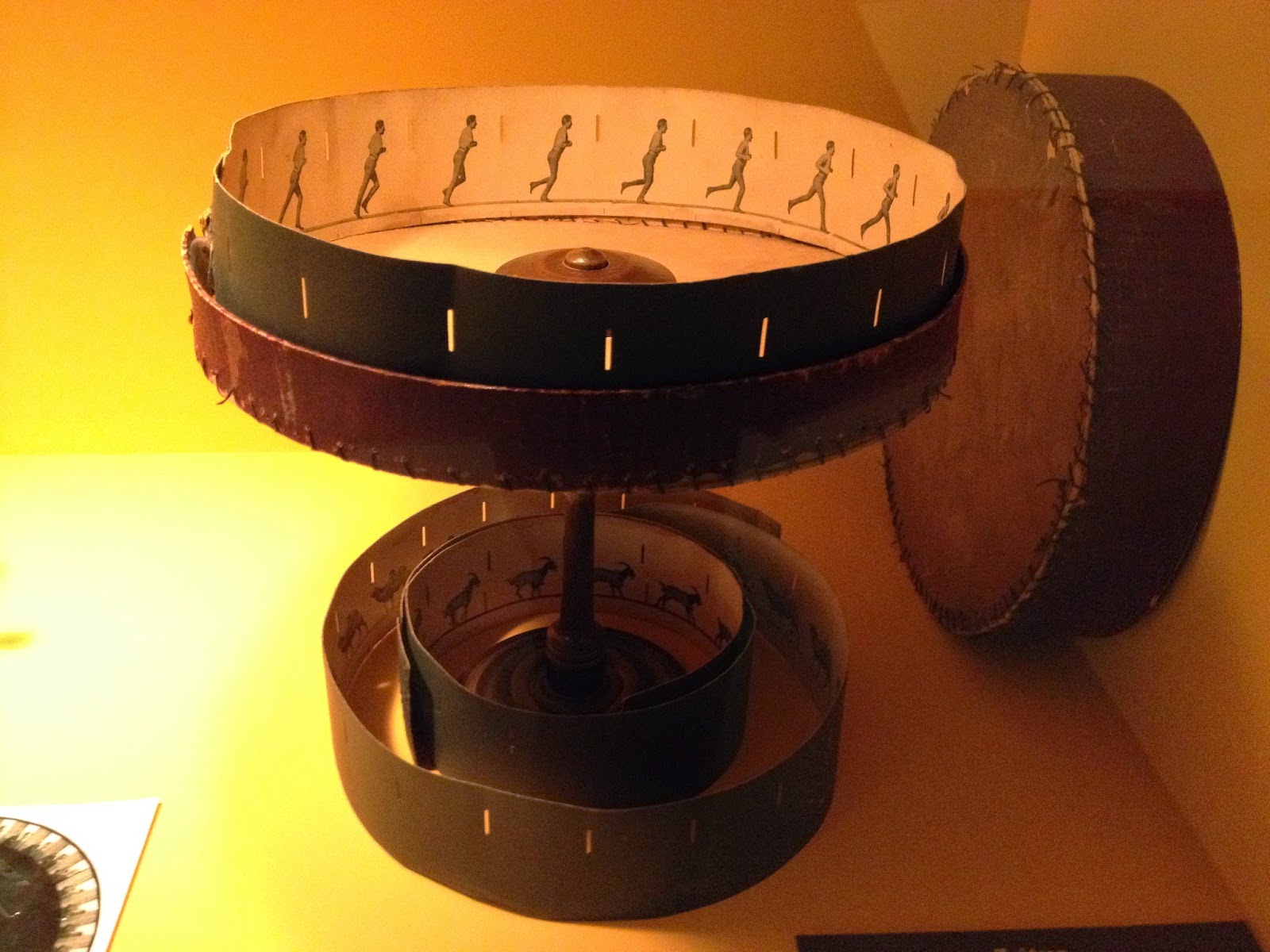 Throughout, insightfully written analysis and comments were next to the exhibits as well as thought-provoking quotes from filmmakers, like one from Robert Bresson "The talking pictures have invented silence."

As I went from floor to floor I was astonished by the recognition how our unstoppable desire to tell stories, to hear them and see them, transcends centuries and generations. The museum showed through several hundred years how (from the Museu's catalog) "...light and shadows come together to create images, and we use our imagination to interpret the images and what they are trying express." 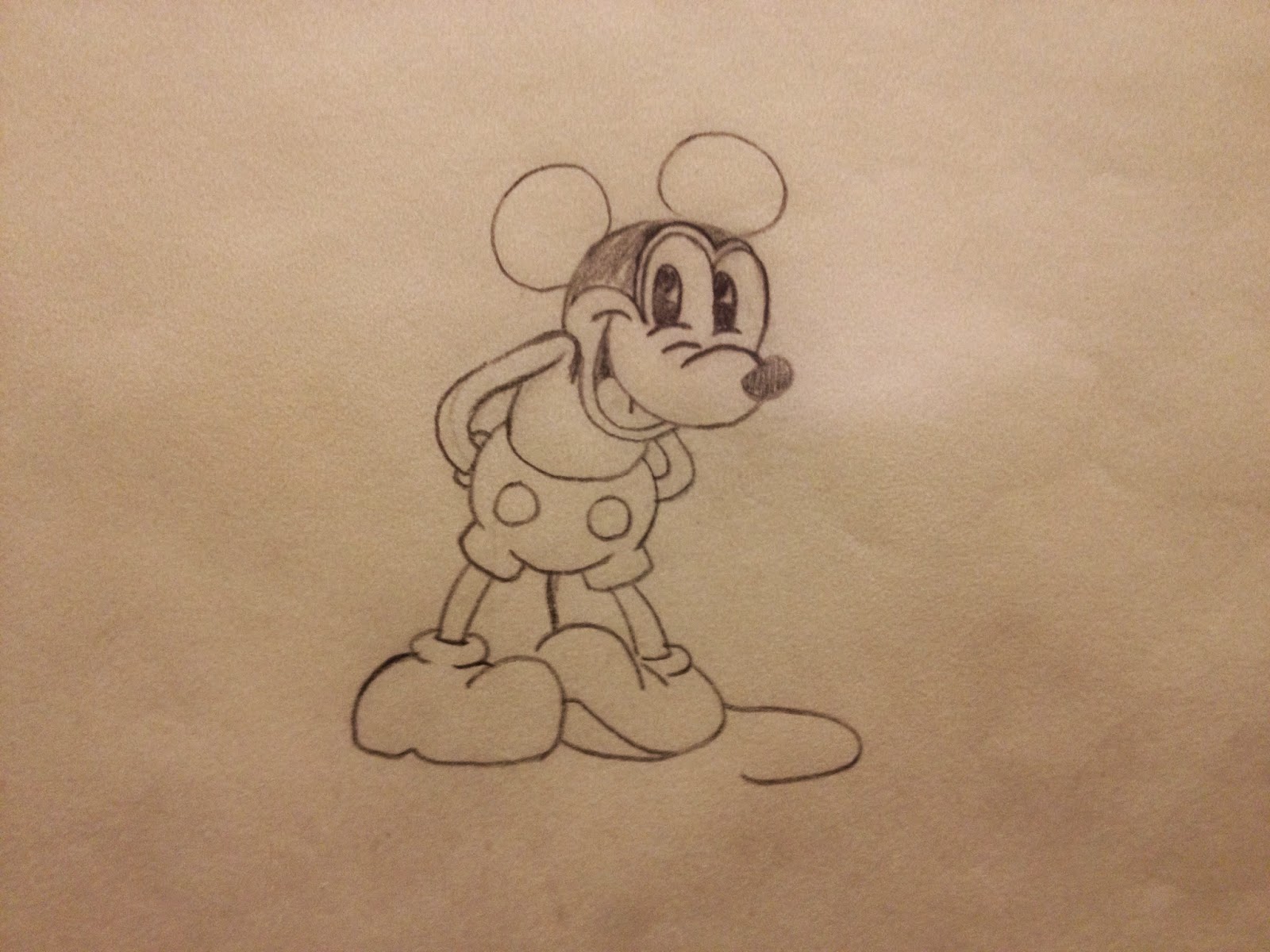 Central to those visual expressions is the technology available at the time. But whether it is shadows projected by fire against the wall of a cave or an iPhone, the Museu's collection illustrates a continuum, connecting our far-off ancestors to you and me. What we call "cinema"- is part of a long, long process. No matter what the time or place we live in, when we are moved emotionally by visual stories, the magic is still the same, no matter the era or the technology.

The catalog, by Jordi Pons i Busquet is a wonderfully well written document about these ideas and the history of visual expression with a useful timeline at the end; it excited my thinking. I have it right here and some study is in order. I came out into the sunlight dazed and a bit worn out by the experience. How lucky it was I went to Girona on my day off!
Posted by Eric May at 06:11 No comments: