Learning from one of the greats

I had the rare privilege this week of a one-on-one coaching session with one of consulting's all time greats, Alan Weiss.

One on one with Alan is challenging. He's experienced, astute and very, very quick. I had prepared for our meeting with an email in advance and more or less stuck to the script. Topics ranged from better marketing of my services, how specific client relationships can be optimized and new potential buyers.

What I found particularly valuable were the specifics. Alan offered clear, pragmatic and provocative suggestions to improve my practice. How he responded to my questions taught me something: he was listening. As Alan put it during our conversation: "When I'm listening is when the best learning takes place."

Writing up my notes afterwards I was reminded that one of the best ways to improve your own performance is to work with someone on a much higher level than yourself. 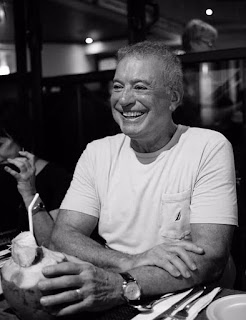 Why "Fake News" is not the problem

The people who complain the loudest about "fake news" seem to be threatened by real news, either because they have something to hide, it doesn't fit with their worldview or both. But there's a lot of hype about how much influence "fake news" actually has on news consumers.

A study out this month found that leading up to the 2016 election so-called "fake news" articles made up just 1% of Clinton supporters' and 6% of Trump supporters' total news consumption. In other words, consumers still get almost all their news from real news sources.

The real threat to real news isn't "fake" - but it is something that isn't often reported: the massive cuts in news organizations' budgets over the past decade. Starting in the mid-2000s, billions of advertising dollars were re-directed to digital media, forcing drastic cuts in newsroom staff and resources and sparking the perceived decline in the quality of news content.

To keep up with changing times, TV stations and newspapers once were falling all over each other to get on social media platforms in the name of "visibility."

But the "fake news" era may end up changing that.

Facebook said this week that it wants to take steps to "clean up" its News Feed and shut out many news organizations.

But many news executives already recognize they don't benefit all that much from having likes and followers; certainly they don't make much money from it - unlike Facebook, of course, which profits hugely from the content generated by news organizations.

News organizations will gradually start disassociating their brand from (and subsidizing) the reliably trashy social media culture Silicon Valley created. They will seek and find new, proprietary and engaging digital solutions for their content and start profiting directly from it.

By the way, the study also found that by far most of the "fake news" articles consumers read were on... Facebook.
Posted by Eric May at 06:33 No comments:

Here's to 2018 being the year we start talking "to" each other again!

A lot of the excited dialogue over the past year has been about pointing a finger at "the other" - assigning the "blame" for our current sad state of affairs to the President, the ex-President, the Congress, the Republicans, the Democrats, the corporations, the conservationists, the developers, the liberals, the far right, the 1%, the Russians, Facebook, etc, the news media and so on.

Here's to the idea that people who really care about addressing the very real problems we are facing will take some time to sincerely listen to "the other" - not talking "at" them but start talking "to" them again. And another, even more "retro" step: seriously considering, without preconception or prejudice, whether the "other" just might have something there.

Governor Tom McCall of Oregon put it this way: "A hero is not a giant figure framed against a red sky. A hero is someone who says: this is my community and it is my responsibility to make it better. Put a lot of those communities together and you have an America that's standing on its feet again." 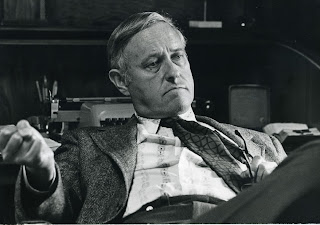 We can always learn something from each other. Sometimes it can be what we least expect: something of real value and relevance. And that can be the beginning of positive change in our communities and in our own lives.